Splendid Gentleman got in touch with Mallard Productions after seeing some of the previous music videos we had produced for bands like Daytura and Aurora. The three piece wanted to create a rockier video that showcased their particular style of wedding and function band. It was the first video they had produced in 5 years and they were keen to get it right. The idea behind the video was to juxtapose a traditional vintage opening montage with the first few chords of Hole’s ‘Celebrity Skin’.

We’ve filmed plenty of different wedding bands in the past and in a variety of different styles, but the authentic rock band look is something we love doing. The band had a particular location in mind that looked great but offered several challenges. Due to the age of the building we were unable to bring in our more traditional lighting rig and everything had to be lit with battery powered LEDs. We weren’t able to mist out some of the background with the haze machine either as it might have set off the smoke alarm so we had to be a bit more creative with our shots and lighting. We used a red colour wash on the background and warm amber tones on the band to match their website and marketing material.

Everything was shot handheld to give it a more realistic live gig feel and match the energy of the band. Jumping around was pretty important as there was no heating in the venue (we shot in December) and if you look closely you should even be able to see the lead singer’s breath at times!  The image was fed back wirelessly onto a production monitor so our director could watch everything played out in real time.  We shot wide open with a set of cine-primes and all the flares in the video were real.

Both ourselves and the band are really happy with the results.

Similar to Splendid Gentlemen – Medley No.3 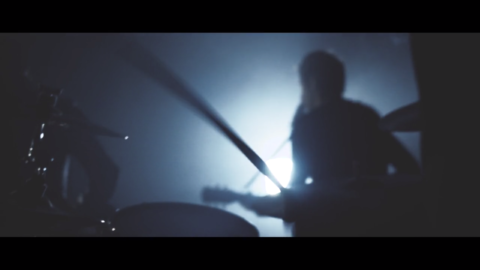 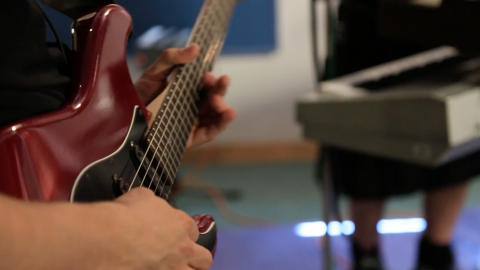 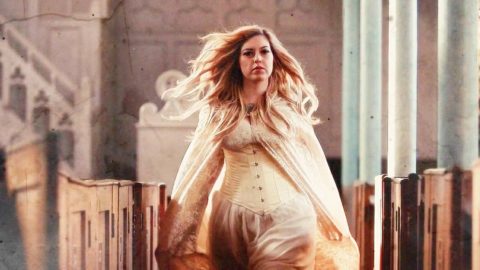